The second of three presidential debates in America had tongues wagging at its fiery prospects even before the pundits were done dissecting the first. And by the time the hopefuls had shaken hands at the end of the second show down, Americans had already branded their latest presidential contest a farce. ‘Lowest point in presidential debate history‘, one online article insisted. I decided to take a look at it for myself, my curiosity appropriately becoming unbearable.

Honestly though, I was a little disappointed. With all the uproar, I expected to see some blood at the least! But that’s just me!

That being said, Donald J. Trump doesn’t deserve to be a butler in the white house, let alone be trusted with nuclear launch codes. He is abrasive and divisive at a time when America needs to show unity amidst major global uncertainties and local upheavals. He’s a tad dodgy about his taxes and how much he is really worth, has a low opinion of members of other races and has no respect for women. His apology for ‘that tape’ was as sincere as my smile on a Monday morning.  Sure, he does raise relevant concerns close to American’s hearts; the state of the economy, the high cost of health care and a shaky foreign policy and he has a huge following to show for that. But the pressure he will have to tackle as president and the kind of work that needs to be done will not be solved by a disruptive and condescending character. Americans need a steady and strong hand to lead them into the next phase of their future.

According to the comments and posts I have seen, a significant amount of people outside America, especially Africans, don’t quite understand how Trump got just a near-step away from the white house in the first place (probably a little bit of envy as well!), not least because of his opinion on African Americans and Hispanic migrants and more recently, women. Ask the next bugger on the street and they would laugh you off for suggesting trump be their president. Yet for all his weaknesses and unfitness for the office of the most powerful person on earth, he still rates, in my opinion, better than a vast majority of African leaders, if not all. The ‘farce’ that was the debate notwithstanding, Trump and Hillary somehow managed to speak about health care, energy, education, Russia and Syria, tax reforms and much more. In their quirky walkabouts, they still found time to speak about more worthy issues than all our politicians have ever done in their political lifetime.

Why would we as Africans, I included, be opposed to Trump being the president of a far away country when we tolerate mediocre and petty leaders here? How do we put up with lies, divisiveness and phony election pledges? Why are we so sober in discussing America’s obvious gaffe but can’t see our own faux pas? Why do WE allow OUR leaders to divide US into ethnic and racial vehicles so they can ride into rich sunset after plundering OUR wealth? Are the requirements of a president or any other elected official different around these parts?

I truly believe that if anyone is unfit to hold the office of the president of the United States of America, they shouldn’t be fit to be president of any other nation.

First published on Akoma, written by yours truly!

What’s the story behind your latest book?

My debut novel, ‘Lords Over Kenia’ is a fictional book on an alternate history to the African colonisation tale. It features all of my favourites: war, politics, love, old garbs and queer characters.

But what I love most about it is the little bits of real history embedded in the story.

I wanted to tell a fictional story whose truths formed a strong and solid backbone. And in so doing tell an alternate story with equally important significance.

What was the hardest part of writing this book?

Without a doubt the editing. Horrors.

Why did you choose the subject or genre of your book?

1. Epic books don’t just have one hero or one evil guy, there’s a myriad of blurred heroes and anti-heroes and inbetweeners. There’s so many POV. The ancient times, rituals and ceremonies. There is just a whole bunch of recipes and ingredients that cook a story which are often simple.

2. Pour in the above pot the rich African, especially Kenyan cultures, and the potential for a blockbuster novel is overwhelming.

3. Spice it up with my like for historical events and figure heads, and you end up with Lords Over Kenia.

END_OF_DOCUMENT_TOKEN_TO_BE_REPLACED

What makes a film, show or book an epic? Is it the cool costumes or crude weapons? The archaic languages or ancient kingdoms? The primitive eras or primeval locations? The mega wars or miniature conflicts? Hosts of battle ships or hordes of armies beyond the horizon? Flying limbs off sorry bodies or fluttering creatures? The great men who make the story come alive or the grand villains we love hate to hate?

It kinda is the whole lot isn’t it?

I get curious glances when I mention Lords Over Kenia falls under the unfamiliar epic genre – apparently people assume I’d write about love or politics. Puh! But even so, you will agree that as stone hard as the genre is, very few epic films and books disregard love altogether in their plot, even fewer have zero political bearing.

Take for example my all time favourite film Troy.

END_OF_DOCUMENT_TOKEN_TO_BE_REPLACED

I flapped my scrawny arms for just enough gust to move all of a quarter of an inch from the ground! I grabbed Nicole Beharie, looked her square and convinced her we’d make cute cuddly babies to her delight! I brought Jon Snow back and cried out shame! shame! shame! to that blithering betraying boy! I had a stare down with Bayan Hundred Eyes and won! I strong armed Lance! And I finally figured out why I’m still single!

Even though I wish I did half of those things (sigh Nicole!), I did do something just as special: I took a leap into the unknown!

Ladies and gentlemen… Lads and Lasses…

I’m very excited to announce that this May, yours truly, is releasing a book! Yes! My debut book, ‘LORDS OVER KENIA: The Prophesy of the Moon Chief‘. 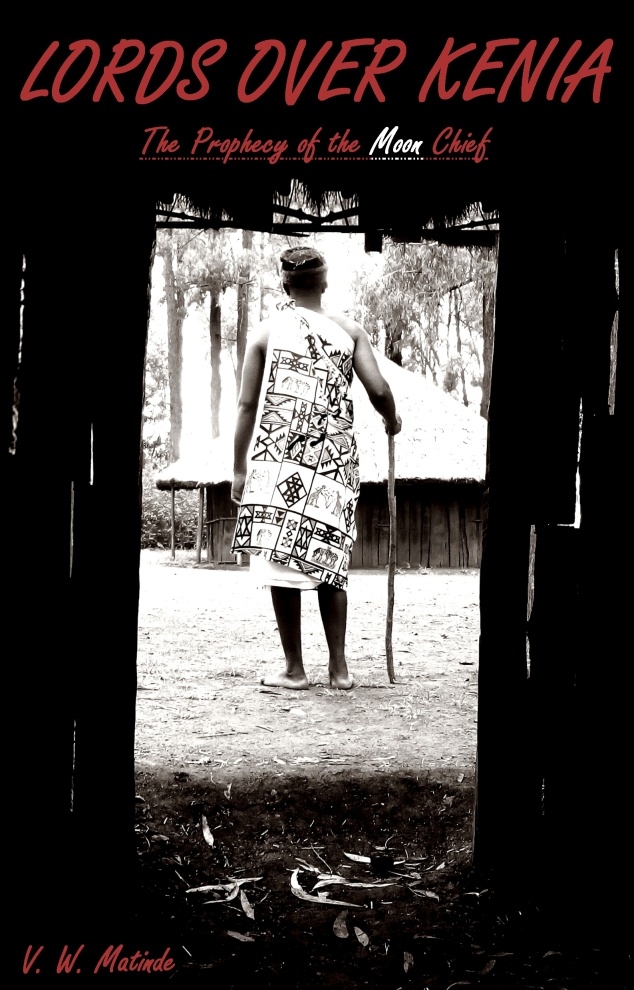 END_OF_DOCUMENT_TOKEN_TO_BE_REPLACED

In 1963, during which Kenya was lowering the Union Jack for the last time in this country and we raised the red, black and green both physically and figuratively, we were richer than South Korea economically and competing with the likes of Malaysia. South Korea was grappling with severe poverty and in 1962 the government decided to introduce the Economical Development Plan of 1962 of whose fruits they are witnessing today. So dire the situation that Kenya actually donated loan and relief aid to South Korea in 1963. Imagine that? When president Obama’s father left for studies in America, Kenya was actually richer than South Korea. Kenya on the other hand was in the midst of clamoring for self rule which she achieved a year later. We had an energetic workforce ready to build her country in the hopes that we would milk and drink the spoils of having one of our own as our ruler. We had a bountiful of resources that would galvanize any nations to an economic powerhouse status. We were on a white canvas ready to be made beautiful. I would have loved to live in that time. The possibilities must have been endless.

END_OF_DOCUMENT_TOKEN_TO_BE_REPLACED

The world is in uproar, has been for a while. There seems to be a discord in various societies around the world about the same thing; good men. “Where are all the ‘good’ men?” “The ‘real’ men?” “Why cant I find a man who knows what it means to be a man?” I would have loved to tell you that I have found the answer and it is somewhere on this article, but there is no simple solution to this problem. No one sentence that will solve this pandemic. I agree that good men are in short supply. Aggravating this fact is the on going of the war against the ‘nice guy’.

Now now, I see you rolling your eyes and thinking this is one of ‘those’ articles, but before you close this tab let me tell you what this post isn’t about;

1. This is not an attempt to tell women who to date or marry.

2. This is not a boohoo article to make you feel sorry for anyone.

3. This is not a whinny piece about being friend-zoned or any other zone kids come up with these days.

END_OF_DOCUMENT_TOKEN_TO_BE_REPLACED

We were all laughing at the young lady behind us. She was clutching for, pretty much anything. Her seat, the seat in front of her, the seat behind her including the people in those seats. She was probably saying her final prayers. “If I survive this I will become a nun, please Lord”.  The other lady next to me kept explaining with a heavy Danish accent that they were warned about our (in)famous Matatus. Unfortunately for them the driver was having a ‘party of the lanes’ much to her disgust. “This is very different from Odense”, she insisted.

END_OF_DOCUMENT_TOKEN_TO_BE_REPLACED

I’m an introvert, and I openly admit that my kind isn’t the easiest to get. Hell, half the time we don’t even get each other. But that’s no reason to back away. In fact, if you pull up a seat—not TOO close, now—I’ll give you some wise hints.

You try to engage her in polite small talk, and she looks uncomfortable or gives generic answers. We introverts don’t like to talk about “nothing.” Honestly, we’d probably rather stand there in silence than go through the pleasantries of “How are you—I’m fine how are you—I’m fine, how about that football game last night?” None of that is honest, valid information, and we’d rather not bother with it. If you insist on putting us through those motions, we’ll give you the boring “good” answer that will leave you thinking we’re just shy or rude.

You think he must hate talking. We don’t…

In May of 1996, it had been raining heavily, kind of like how it has been pounding the city this week. But on this particular day, the 13th of May, there were only light showers. A couple of people were taking shelter in buildings around the city as is the norm, to wait for the rain to subside. In one of those buildings right in the heart of Nairobi’s CBD, a slab from the roof wetted by the rain, collapsed, coming down on the people who had gathered below. 16 people died that day and a lot more injured. That was 19 years ago today. It’s hard to imagine that all that time has passed already. 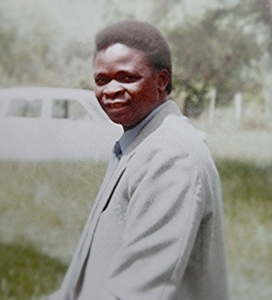